Our group has introduced advanced automatic production equipment from Germany, Italy, Japan and so on. Also, it has integrated the world’s first-class manufacturing engineering and management system, built up the international management and technology R&D team composed by world-class management and solar PV power generation experts. Furthermore, it has set up R&D platforms such as the National Enterprise Technology Center, Zhejiang Engineering and Technological Research Center, Bluesun solar Research Institute, and so on, in order to become an up-rising star in the industry.

Bluesun solar plans to increase the capacity of the PV cells up to 1GMW within three to five years and develop the PV modules and projects for power generation at the same time and thus becoming one of the largest bases for the manufacture and application of solar PV and creating the most influential solar PV brand. up-rising star in the industry. 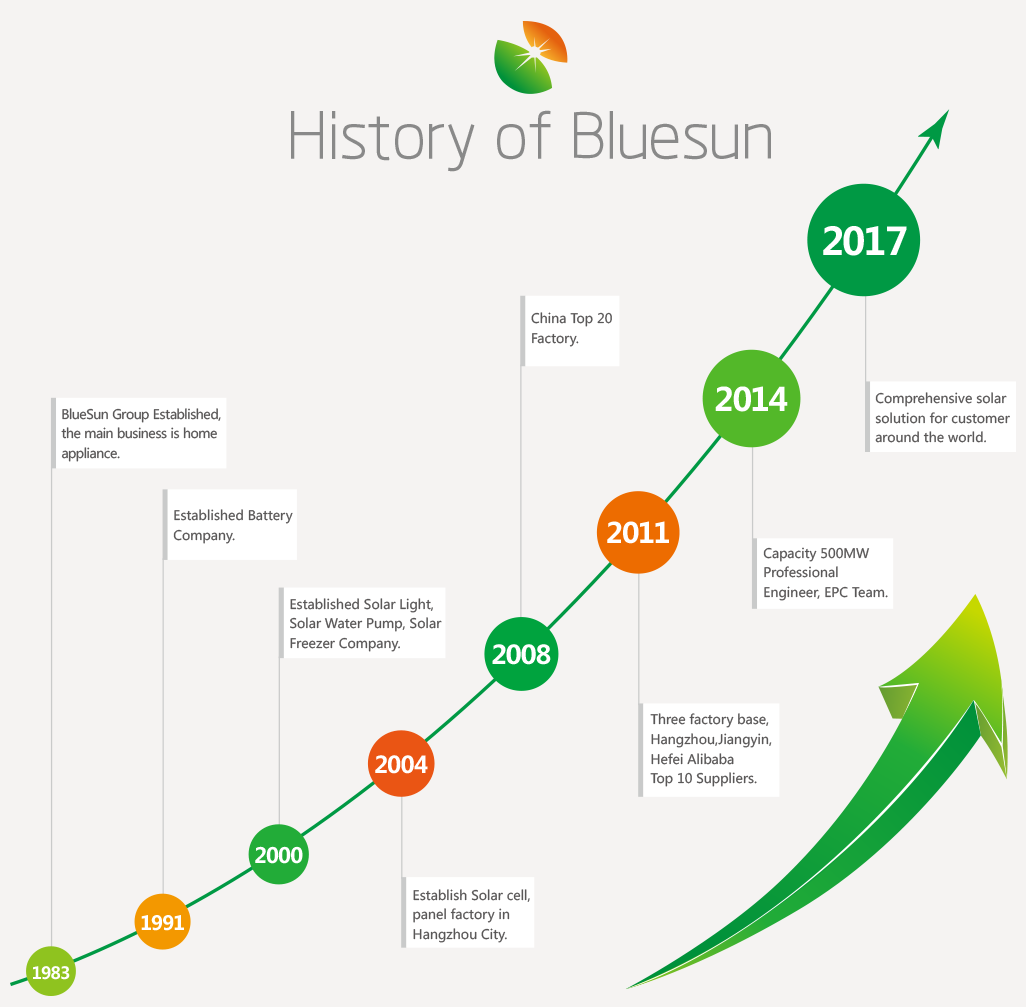